There's a new sushi place in town: Fukuda. It's in Bloomfield in the space of the old Stagioni, which relocated to the South Side where the old Le Pommier used to be. It's not just sushi--but multiple Japanese foods, including ramen, grilled skewered meats and many more items, all house-made and quite flavorful. It's getting the endorsement of many chefs and restaurant personnel. Why? Because the food is really good, and the people behind it care about all the details.


Fukuda is great Sushi. But what do I know about sushi? I'm a big, bumbling Caucasian who eats food like whales scoop plankton. I did spent a period of my life wandering through the streets of New York City eating sushi until I was penniless. I sat in front of a sushi chef who stared into my soul and made me a three hour omakase. Not a word was spoken--just tacit, mutual nods of agreement. I ate at a place near the Empire State Building where colorful boats of sushi floated to you on a lazy-river of plated raw fish. I can't remember what any of that stuff tasted like 20 years hence; I just knew that I liked this new thing, sushi, and it was pretty easy to spot stuff that you should avoid.

Chef Matt Kemp was the sole sushi-master of the now-defunct mega-bar/ultra-lounge/supper club Emilia Romagna. He had previously worked at Tamari, whose fusion oriented sushi is quite good. I met Matt over a beer with my friend Hoon, and they were planning to open a restaurant as I was planning to open my taco truck. Matt is humble and soft-spoken and chooses his words carefully. He is nimble and focused and will tirelessly research every element of the food he presents. And so his sushi: soft spoken, simple and elegant with no "go ahead, you take it" last pieces lingering on the platter. Each piece a story in itself. Perhaps sometimes delving into an indulgently odd-sounding or superfluous accoutrement. But unforgettable. And a lot of it is flown in fresh from a fish market in Japan.


The work Matt did at Emilia Romagna is documented beautifully by my friend who writes Food Collage. We returned there for an hour-long sushi flight after sampling a bit of his sushi.

They have dialed-in the atmosphere to "just so" on so many levels, including the music and lighting, centered around a custom designed minimalist sushi bar. (No liquor license yet, but  BYOB as of now.) This dining room fills up quickly, but it doesn't get very loud. The night I went it was fairly lively on a Thursday, with a nice mix of couples and groups and even a kid or two.

I had offered my friends an idea: why not late-night sushi? Stay open until 2AM a few nights; get the chef crowd, possibly. I am not alone in wanting more late night food options in Pittsburgh than Primanti's. Fukuda has chosen to do so with a late-night menu Fridays and Saturdays until 2AM, and they are open until 11PM most other nights. But they were attracting food enthusiasts and food-industry folks all Summer long as they "popped up" with their portable sushi bar in pretty much every location imaginable, and most memorably on the sidewalk in front of their under-construction dining room in Bloomfield many a humid night.

But they aren't doing just sushi. There's ramen, robotayaki, okonomiyaki and more stuff you may've never heard of. Check out their menu in the meantime: www.fukudapgh.com

Posted by Burgh Gourmand at 5:37 AM No comments:


"VIP Grand Opening Party passes for two:" something I'm not used to seeing in an email sent my way. If you read my blog, you know I only go out of my way to talk about food I really enjoy, and typically after several visits. I shy away from things like grand openings which don't give a great indication of how the menu will taste, nor what the service is like. I changed my mind on this one.

Executive Chef Greg Alauzen's resume includes tenures as executive chef at the Steelhead Grill and Eleven. He's now the executive chef of a small group of restaurants including Cioppino and Osteria located in the Strip District. This guy's been showcasing local food and generating national press for the Pittsburgh food scene for two decades. One time I bumped into him in the Strip District and he took the time to answer a few of my questions, as he appeared knowledgable, clipboard in hand and in chef's whites, and me just a beginner in the business. He's friendly and approachable, with a down-to-business and no bullshit attitude. This is also how I would describe the menu at Osteria 100.

Osteria 100 is a sister restaurant to both Cioppino and Osteria. It's located at the South end of Wood Street near the Point Park campus, in a modern, airy and almost industrial feeling two-level space with a ground-level patio looking onto Boulevard of the Allies. I'm not sure that this is going to become a hangout for Art Institute students, but I can see it as an ideal spot for gathering over wine and food for the after-work crowd. 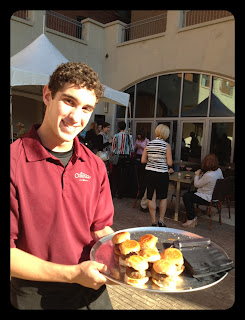 We were greeted by a young and friendly waitstaff, eager to sample us Elysian Fields ground lamb sliders. I indulged in at least four, and several bottles of Peroni which was refreshing on this hot Summer day after a cross-town walk. I tend to pick something I like and eat a lot of it, relishing and lingering in the flavors for as long as possible. There's a word for that: overeating. I can say on the basis of this slider alone, I will return to sample the rest of the menu. The slider was plump and juicy ground lamb with not a hint of lamb gaminess, seared perfectly, pink inside and topped with caramelized onions and a sharp cheese (I believe gorgonzola), portioned just enough to make you want another. Chef Alauzen has been "doing these for years" and it's one of his and his customers' favorites. And mine.

I sampled more of the foods: some antipasti including fresh mozzarella and olives, salami, prosciutto and ham, and grilled vegetables. I brought back a plate of meatballs to the table, but apparently I was the only one not already stuffed. Everything was good. The only item I was not keen on was a cheese bruschetta--more of a crostini if you ask me, that just seemed a little out of place. Everything was fresh, and though it was set up buffet-style, the service was friendly and attentive and handled a large crowd capably. One of the highlights was a pastry table with small delicious bites of traditional desserts like tiramisu. 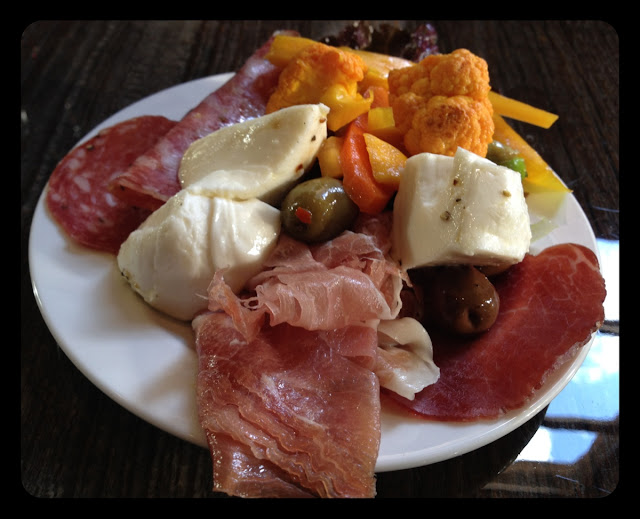 This is a nice place to visit, and I recommend it. I will be reporting back as I try more of the menu which is listed here. I am intrigued by the growing sophistication and variety of food offered downtown. This city has for a long time gone to sleep after the work crowd left at five, and it's nice to see that there are more choices, especially those that are locally-owned showcasing local food. The walk back cross-town was tranquil in the deep blue dusk, and the city is looking better than ever. 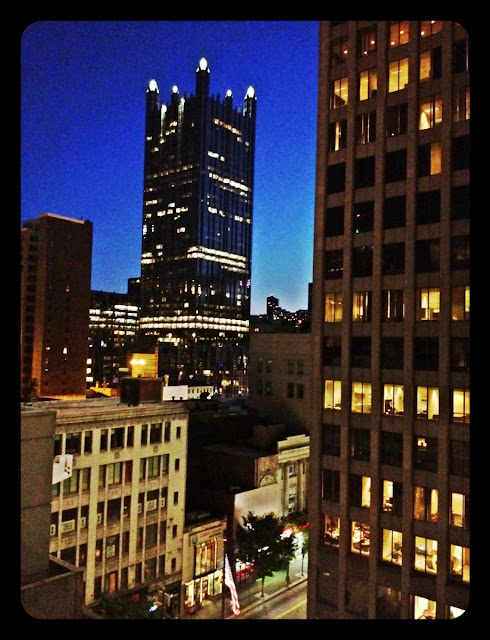 Posted by Burgh Gourmand at 5:35 AM No comments: 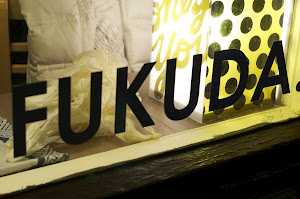 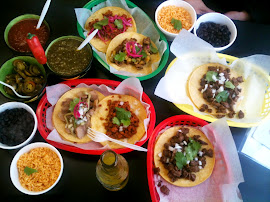